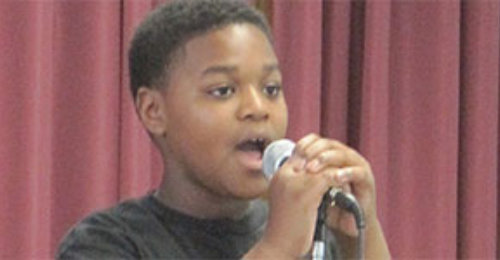 The one instrument you have with you at all times is your voice. With voice lessons from Silver Music Studios, you can learn how to use it like a pro!

Silver Music Studios has been providing the community with singing lessons for more than ten years. Our voice coaches cover all forms of music from show tunes to pop to rock and roll. Lessons are available in our Havertown studio and we also offer online vocal lessons.

Silver Music Studios was founded to provide quality music instruction for everyone: every age… every level… every style. We customize each vocal lesson plan to each student. Our scheduling is flexible and we believe that music lessions should be affordable for everyone.

The Silver Music Studios Fixed-Price Guarantee reflects our dedication to your growth as a musician.

Most studios raise their rates periodically; if you want the benefits of working with the same teacher, you find yourself spending more and more money for the same service. Silver Music Studios puts more value on the student-teacher relationship. The price you pay for your first lesson is the price you will pay for all of your lessons, for as long as you are a Silver Music Studios student.

We want to encourage, not discourage, our students to stick with us! See Studio Policies for details and restrictions.

The best decision that I have made in a long time, was to take voice lessons at Silver Music Studios. I was very nervous to start, but over the course of the past year and a half, I have learned and grown so much! With the help of my teacher, I have gained knowledge in such things as technique and styling. Knowledge has given me the confidence to actually perform publicly now, and that is a great feeling! Always a professional, courteous, and enjoyable environment! 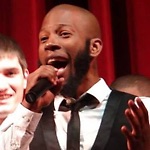 Chris brings his enthusiasm, know-how and stunning voice to the table here. A Kutztown University B.A. in Music and music Instructor in a local daycare, Chris has it all. Patience to work with the young and ability to keep up with the young at heart, and all in between. He is well versed in getting you singing properly and then honing those tools into your desired style(s). They may include R&B, Pop, Rock, Broadway, Blues and/or Classical. Come see that Chris has what it takes to motivate and inspire you. He is also an accomplished pianist, should you need accompanying and/or wish to learn how to accompany yourself.

Jeni is a singer/songwriter with an eclectic artistic background. She grew up studying classical piano and voice, and moved to New York City to study musical theater, performed off-Broadway and realized, her real passion was in songwriting. She devoted herself to the guitar and continued her music exploration on 6 strings. She studied privately at the American Institute of Guitar. During this time she also studied voice under Don Lawrence (Lady Gaga, Mick Jagger) to make the transition from Broadway singing to pop/rock. She recorded an album with producer Jeff Coplan and started a band that performed around NYC for several years. After moving to Florida, she started a duo called My Two Minds with Keith Eaton. They performed all around the Orlando area in venues like The Hard Rock Hotel’s Velvet Bar, and Tommy Bahamas. After relocating to the Philadelphia area, Jeni began teaching music for the Artreach program created by Lincoln Park Performing Arts Center. She continues that connection, writes, records and performs an array of music and styles. Silver Music Studios is proud to welcome her aboard our music ship.

I had been looking for something different for my vocal training. You have given me an approach based on vocal predisposition, technique and very strong motivation. I really feel that I have been pushed forward in every single session and I cannot imagine taking voice anywhere else.